With a focus on preserving the heritage and history of this house, family, town and region, we have developed four permanent exhibitions in the house.

Learn more about recent exhibitions at Westport House in our news section here. 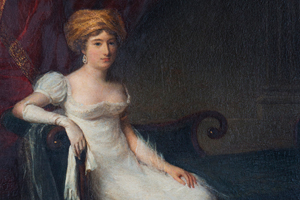 This fascinating and significant exhibition tells – through a series of letters written by Lady Sligo (1800-1878) the remarkable story of how her family responded to the catastrophe of the Great Hunger and of the Browne family’s contribution to helping the people of Westport and Mayo during this time of devastation.

Written and developed by Sheelyn Browne, Joint Managing Director of Westport House, and Anne Chambers, historian and expert on Grace O’Malley, this is the country’s foremost exhibit on Grace O’Malley. It lives in the basement of Westport House adjacent to the dungeons from the Pirate Queen’s 16th century castle, the foundations upon which the House is built. It features panels depicting her meeting with the Queen, Howth Castle as well as her life lived in the 16th century and a video presentation from RTE’s Radharc TV show shot in the 80’s.

3. The Last 50 Years at Westport House

Westport House added a new exhibition in 2011 on “The Last 50 Years at Westport House” that delves in more detail into how and why the 11th Marquess decided to keep the house open, fought to retain the house and land for his 5 daughters and you’ll find out who will be the 12th Marquess of Sligo.

4. Howe Peter, Champion of the Slaves 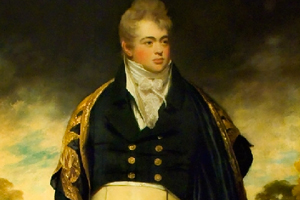 This moving exhibition depicts the life of Howe Peter Browne, the 2nd marquess of sligo, with a focus on his participation the emancipation of slaves in Jamaica in the 1800’s when he was Governor General of Jamaica in 1834-1836 and helped abolish Slavery.

He is remembered in Jamaica as a champion of slaves,[3] and the village of Sligoville in Jamaica is named after him.

He is buried in Kensal Green Cemetery. The grave lies in the centre of the overgrown north-west quadrant of the inner circle.

5. Waxworks Display of Famous Visitors to the West

To improve the visitors experience in Westport House from a cultural point of view, Jeremy introduced ten waxwork figures by Gems Display Figures of London in 2002. These constitute just a few of the West of Ireland’s great achievers in literature, music and the arts.

6. The Brownes & The Development of the Town of Westport

Set in the basement of Westport House, this nine panel exhibition charts the influence and investment of the Browne family in the development of the town including town planning, building of key landmarks and development of trades. 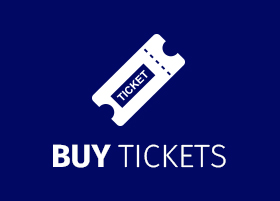