A story that matches its beauty.

One of the few still privately-owned historic houses left in Ireland, Westport House was built by the Browne family whose connections to Mayo date back to the 1500s and even relates them to the trail-blazing pirate queen and chieftain, Grace O’Malley. 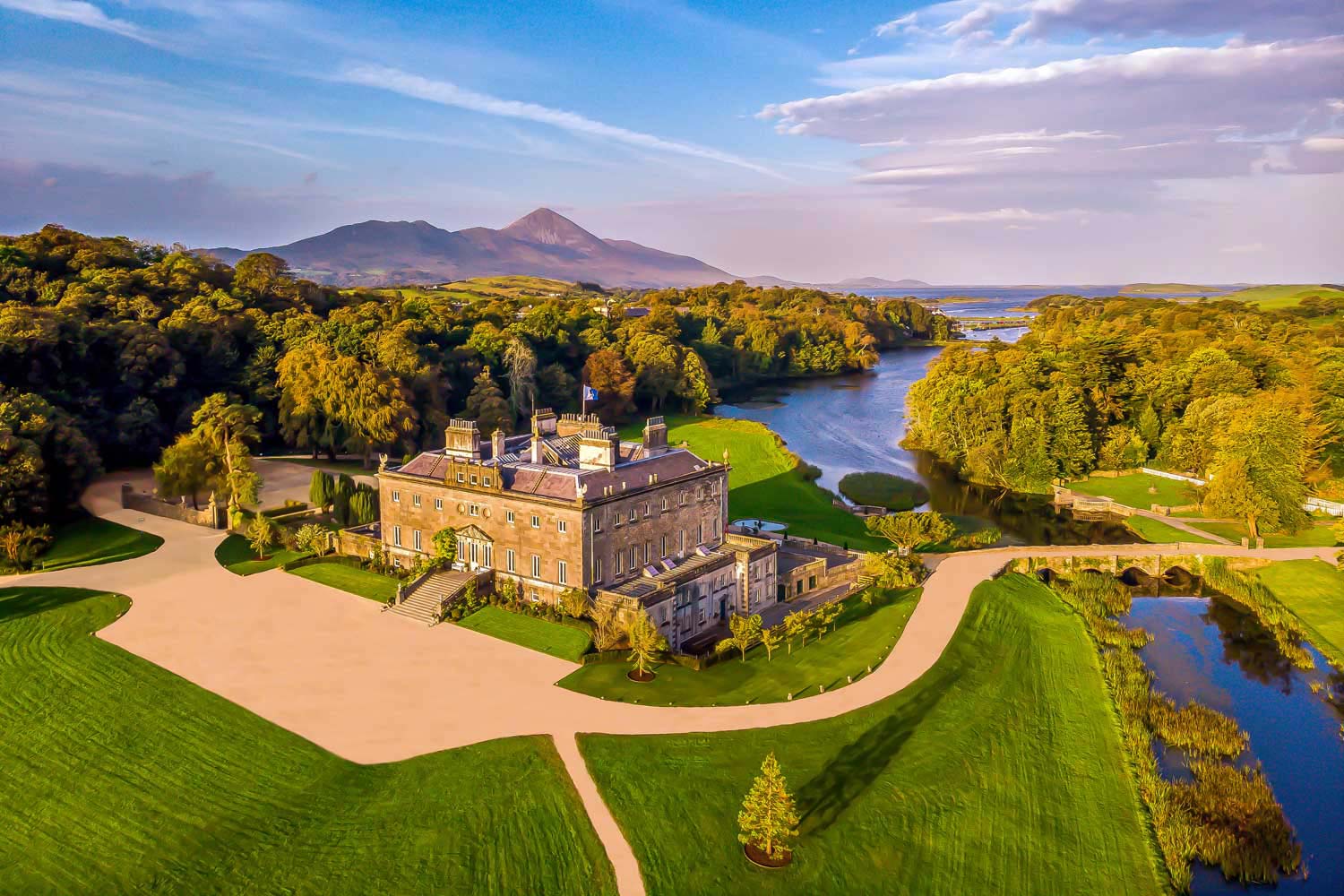 A visit to Westport House will tell the story of the development of the house as well as the family’s contribution to the estate and surrounding area. We hope you’ll enjoy the tales of pirates and slave emancipators as you gain a fascinating insight into the family behind the big house as well as the members of staff who made it all possible.  The house is now in the safe hands of the Hughes family - the local family behind the Portwest workwear group.

The history of the family behind Westport House is absolutely fascinating.  And so, a guided tour with a passionate Westport House guide really brings it to life.  When you book your visit to Westport House, you will pick your preferred date and time.  On the day of your visit, please follow the signs to Westport House.  Proceed directly to the old bridge at Westport House. This is where you'll meet your guide who will escort you in and out of Westport House as well as through your guided tour. Your tour starts promptly at the time stated below and we don't want to delay you in ticketing so there is no need for you to visit our ticket office.

You may also download our free Guided Tour App from the Google Play Store or Apple App Store.

With extensive parkland, lakeland and woodland grounds, be sure to allow some time to enjoy the gardens and wider 400 acre grounds.

Contact us to book your group's guided tour.  Or if you are a tour operator, learn more here.

So, if you’re looking for things to do in Westport today, look no further. Buy tickets today. 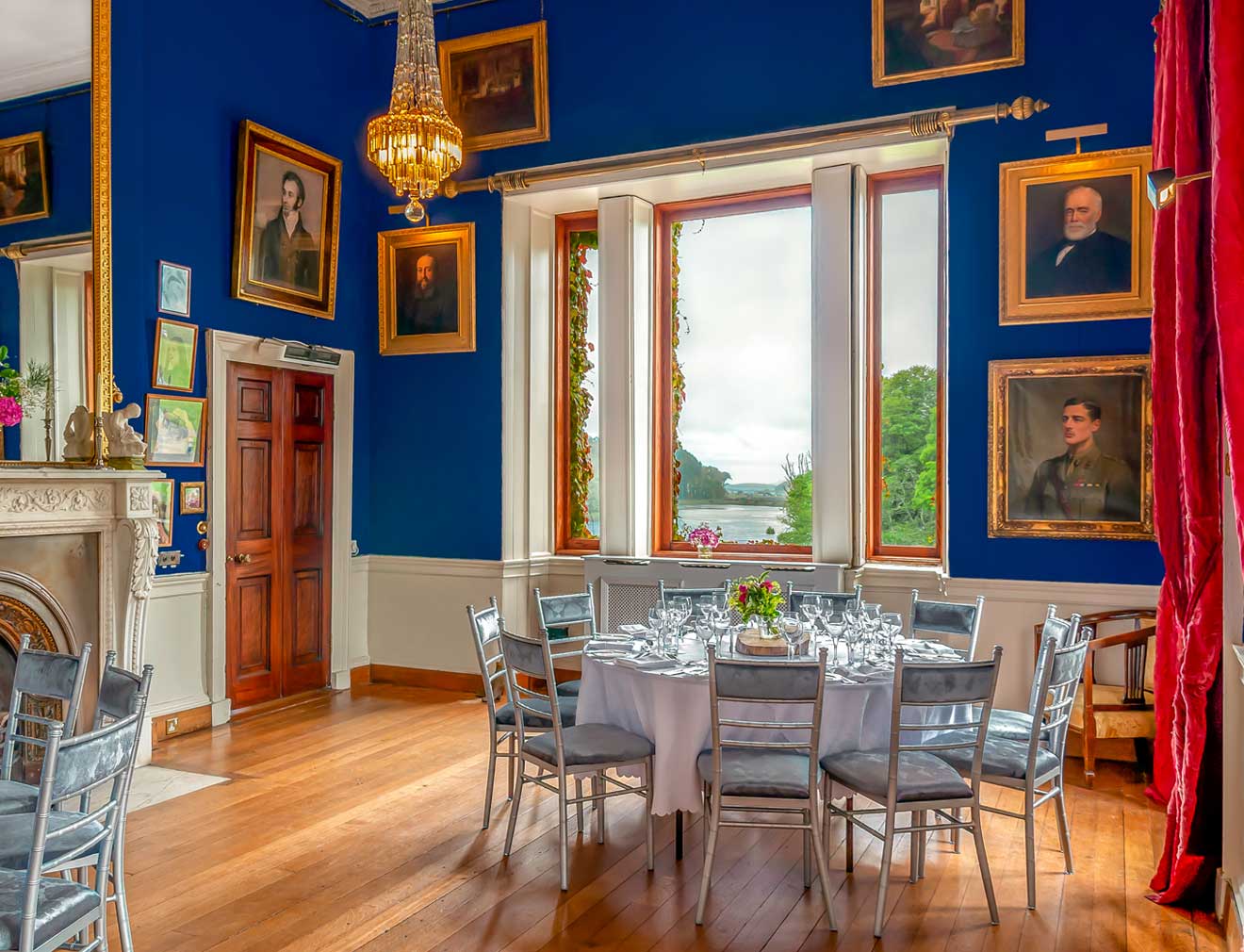 There has been a ‘big house’ on this site since the 1500’s, when Grace O’Malley, the famous Pirate Queen, built one of her castles here. Amazingly, her dungeons still remain in the current house which was built in 1730 by her descendants, the Browne family. Our visitors love that this is one of the few privately-owned historic houses left in the country and truly feels like walking in to a “family home”. Albeit a very grand one indeed!

Your visit will take you through 3 floors, 30 rooms and 6 permanent exhibitions. The main floor of Westport House features the formal rooms of the house such as the Front Hall, Drawing Room, Library, Dining Room, Long Gallery and Morning Room. The basement of Westport House was originally the engine of the house - primarily frequented by the servants who truly kept the house running - and also features the Dungeons of Grace O'Malley's Castle and an exhibition telling the story of Grace O'Malley.  The bedroom floor of Westport House includes master bedrooms, the nursery, the Chinese Room as well as a selection of exhibitions including "The Champion of the Slaves" about the emancipation of the slaves in Jamaica by the 3rd Marquess and "Lady Sligo's Letters" telling the story of the Great Famine through letters by the 3rd Marchioness.

The architectural features of Westport House are striking indeed as it was designed by some of the most well-renowned architects of the 18th and 19th centuries including Richard Cassels, Thomas Ivory, James and Benjamin Wyatt.   Richard Cassels was responsible for other houses such as Carton, Russborough, Hazelwood and Leinster Houses. Westport House was completed by James Wyatt who is responsible for other significant buildings in the town of Westport and further afield. The Large Dining room is perhaps the finest remaining example of his work. There are still a number of original James Wyatt drawings on show in the Dining Room and throughout the house, together with some of his son’s, Benjamin Wyatt, who also did some work in the house. For a full architectural history of Westport House, please visit our History page.

There is a fine collection of artwork in Westport House. Among the pictures are portraits by Sir Joshua Reynolds of the 1st Earl of Altamont; the Rt. Hon. Denis Browne, brother of the 1st Marquess of Sligo and a member of Grattan’s Parliament, by Beechy; Howe Peter, the second Marquess of Sligo who spent four months in an English jail for bribing British seamen in time of war, to bring his ship, full of antiquities from Greece to Westport. Howe Peter was a friend of George IV and of the poet Byron. There is also a portrait of Earl Howe, Admiral of the Fleet, father of the 1st Marchioness of Sligo, by John Singleton Copley. Other Artworks include a magnificent collection of landscapes painted in the locality by James Arthur O’Connor. Other artists such as Chalon, Barret, Gibson, Opie, Brooks and Lavery are part of the collection.

Your guide will meet you at the old bridge and escort you in and out of the house.  You will be regaled with tales of pirates, daring deeds as well as stories of life upstairs and downstairs in the "Big House".

Westport House and Gardens are open all year around with some exceptions.