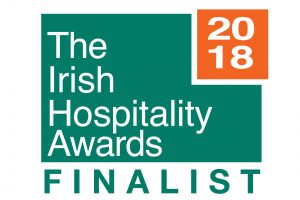 By Shona Connolly on 16th January 2018 in Awards, General

What a week (and start to the new year) it has been for us here at Westport House. Last week, we shared the exciting news with you all that we had been nominated in the Mayo Business Awards for the ‘Best Tourism Business Award’. We will be up against some tough competition, including the fabulous Glen Keen Farm, The Connacht Whiskey Distillery and Pure Magic in Achill, however the award ceremony promises to be a very exciting and enjoyable evening.

Over the last few months, The Irish Hospitality Awards have been running a campaign where the public have been able to nominate their favourite establishment under a number of different categories. It is due to the high amount of nominations we received from the public, that we were shortlisted as a finalist in these two categories. Our team here at Westport House work extremely hard every year to provide the best experience possible for all of our guests, so we are very grateful and thrilled to have received these nominations.

The final say will go to a panel of judges who will examine the many ways that all finalists provide their customers with the best service and experience possible. We are very much looking forward to attending the award ceremony on the 12th of February in the Crowne Plaza at Dublin Airport and would like to wish all other nominees the very best of luck.

Westport House is a historical marvel and veritable national treasure thanks to it's legendary beginnings dating back to the 1500’s when Grace O’Malley, Pirate Queen of Connacht, built one of her many castles here.
View all posts by Shona Connolly →
We have been nominated in the Mayo Business Awards
20% off Camping at Westport House

One Response to Two More Award Nominations for Westport House