2017 saw the return of Westport’s annual ‘Westport Food Festival’ for it’s 7th consecutive year. Each year the festival promises to showcase the very best of local Mayo cuisine, and this year certainly didn’t disappoint! We were delighted to host the festival’s opening night on Friday last, with the help of  Sol Rio Restaurant, Hotel Westport, The Wyatt Hotel, Cabots of Westport, St. Patrick’s Distillery and Stonewell Cider.

The evening was a rather decadent affair with our drawing room and long gallery majestically transformed to mirror the setting of a fine dining restaurant. Guests arrived suited and booted in their suits and the fashion stakes were high among the ladies, with many donning beautiful full length evening gowns. With such an array of style among our guests, it was important that they too arrived in style – arriving to the footsteps of Westport House in our very own Westport House Train, it made for quite the entrance! Guests were treated to an arrival drink, with Stephen from Stonewell Cider and Cyrill from St.Patrick’s Distillery providing the refreshments (Did you know that prosecco cider is a thing now?! Who knew!).

The chefs were sharpening their knives and getting ready to serve, as Declan Heneghan, general manager of Hotel Westport, welcomed the distinguished guests to an evening that was set to impress. The chefs, combining their talents, produced a fabulous eight-course feast for the senses, with local and Irish food as the main focus of the menu.

The team of top Westport chefs for The Banquet included:

Gin used in sorbet and as aperitif, sponsored by St.Patrick’s Distillery

Check out some of the images from the event below! 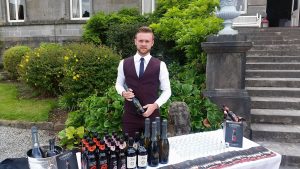 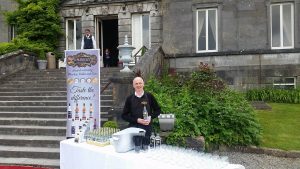 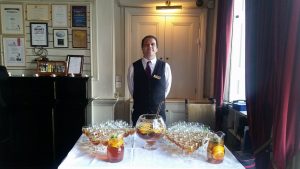 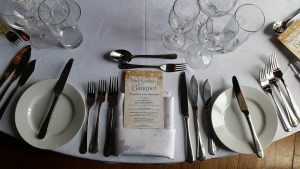 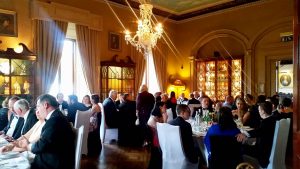 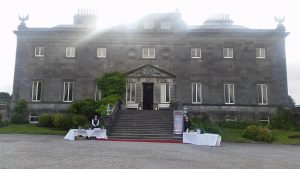 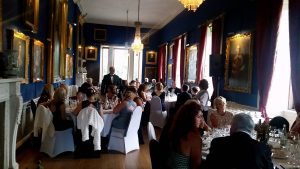 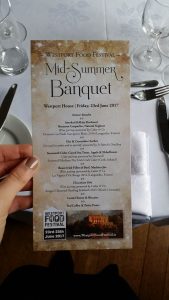