One of the most striking aspects of the Westport House Estate is the beautiful Carrowbeg River that slides through the grounds down to the sea. Graceful and life-giving, its presence is inextricably bound up in the house’s history.

Westport House itself was built in 1730 on the ruins of an old castle belonging to the Pirate Queen, Granuaile, and in the decade that followed, the house’s architect Richard Cassels also designed the grounds. Westport’s Carrowbeg River was originally a winding waterway, but it was straightened by Cassels, who had a massive interest both in both formal landscaping and in canals. He also added in the elegant cascades as salmon leaps.

The four-arch road bridge over the Carrowbeg River was built in 1734, along with the cascades, and the original avenue followed the river to the House. In the 19th century, thanks to the influence of landscape designer Capability Brown, that avenue was replaced by the grand avenue that runs up to the house today from Hotel Westport. However, the river once again played a central role in this second design, running parallel to the new avenue, creating pleasing sight lines.

Bringing back the balance

A gorgeous 1.5k walk runs east (or inland) from the road bridge, on the north side of the river, and loops around over an enchanting bridge to the other side, running back up to the house. Bright red, the bridge is Chinese in style – possibly to complement the beautiful Chinese room within the house.

Over the past 100 years, the walk and the embankments gradually became overgrown and a little dilapidated. Some TLC was needed to bring the Riverside Walk back to its former glory and so, during the quite weeks of early January, myself and the team set about its restoration.

Studying the original 1800s and 1914 landscape drawings, it became obvious that the original proportions of lawn and river bank had become unbalanced, thanks in large part to ever-encroaching brambles, laurel and scrub. Having devised a design and programme of works with the Westport House team, we set about restoring the river bank back to it original beauty. 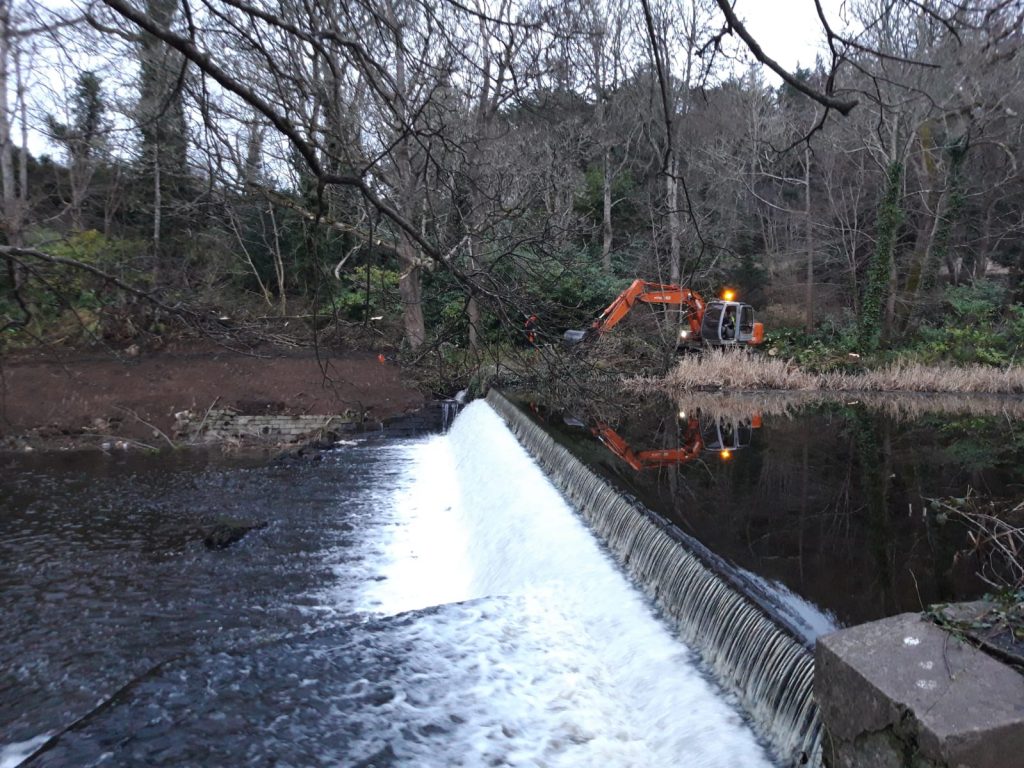 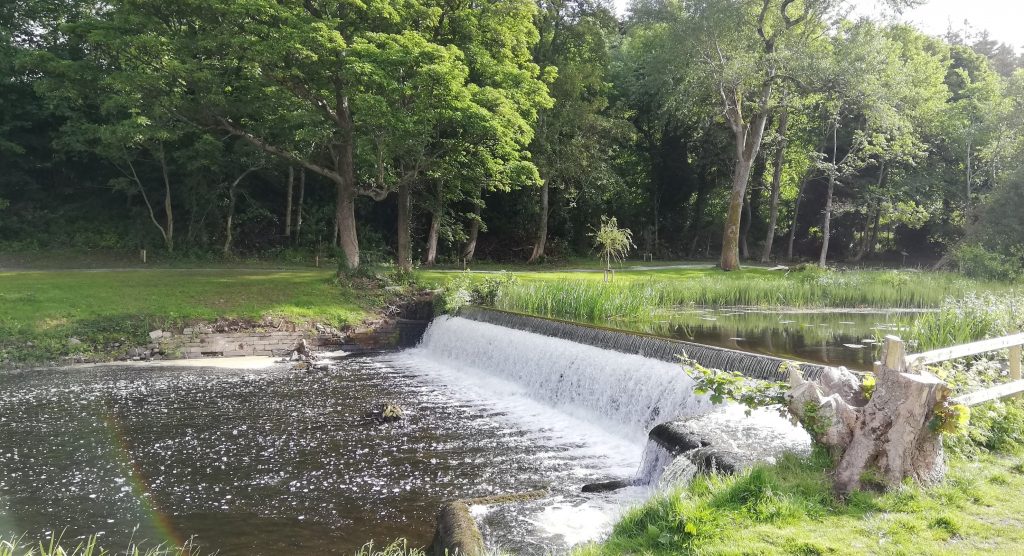 Over the next number of weeks, we uncovered the original remains of the garden pathway, embanked with a dry stone wall. We also removed a vast amount of scrub, which had been covering up specimen trees, freeing up these beautiful trees so that they now stand proud once more, no longer lost in a haze of overgrowth. 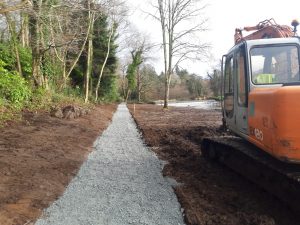 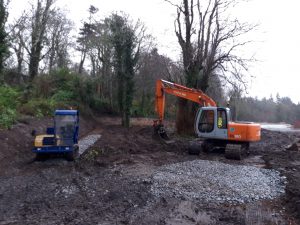 Turning our attention to the pathway, we re-orientated it so that it flows in a more structurally sensitive manner. We also cleared around the magnificent 1734 cascade, which had become overgrown, restoring the original views from the house bridge. The river banks were cleared too, in order to sharpen up the edges as per the original design intent.

Planting for the future

We also planted lots of specimen trees were planted along the river walk, ensuring its beauty for many future generations to come. We chose beech, evergreen oak, sweat chestnut, western hemlock, and two of my favourites, weeping willow and giant sequoia. 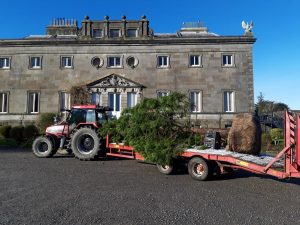 The weeping willow has been planted above the cascade, and in time, it will form a magnificent living backdrop that hangs over the waterfall – very fitting for such a romantic setting. 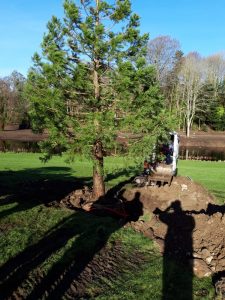 Giant sequoias are also known as giant redwoods, and they are the largest trees in the world. We planted ours in a prime spot, and it now stands proudly to the north-eastern side of Westport House. A tree as majestic as its surroundings, this will eventually be one of the largest trees in Co Mayo. (Giant sequoias grow to 280 feet tall – or more: long-living sequoias can live more than 3,000 years and grow to over 300 feet! These trees thrive in areas where annual rainfall is between 4.5 and 6 inches per year and where the soil is moist but drains well, so it should have no problem here in the west.)

We are really proud of the Riverside Walk’s restoration. By clearing away the scrub that was choking the embankments and surrounding land, we’ve let in the air and light, allowing the life that teems within to breathe once more. We hope that you will enjoy strolling along the pathway like the lords and ladies of the past, with the soothing sound of the Carrowbeg’s gentle flow keeping you company while you relish the beautiful plants and trees and savour the glorious views of the stately house.

Oisín is a qualified landscape architect with a masters degree in construction project management. He placed in Bloom twice and starred in RTÉ’s Super Garden. For fun, he enjoys surfing, running, biking and all things outdoorsey. Oisín worked his way through college – for five summers – in Westport House and most recently was our Estate Manager.  He is now advising us on the layout of the gardens.