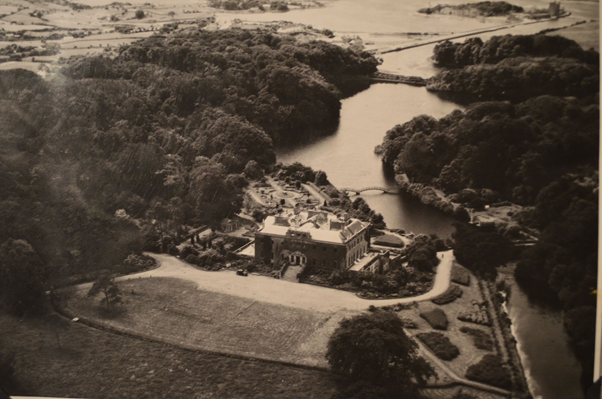 Looking at the stunning exterior of Westport House, and the incredible restoration works that have taken place over the past year, watching the comings and goings of cranes, machinery and bulldozers doing the extraordinary works along with the laborious task of preserving this much-loved Georgian Manor. The building of the scaffolding, the elevation of building materials up and down to the roof of the House, the transporting of heavy stone and other materials all around the House as the construction workers have made huge headway with the restoration of the House. All of this has caused me to ponder over the last 300 years and how the original House was constructed. How did they do it without all of the modern machinery and technology that we have today? Well, expert and skilled engineers and craftsmen along with the wherewithal to see it through to the completion – the two-storey levels over a raised basement Country House emerged from its foundations in 1730. The House was built in phases and there is a plethora of architects involved in the development of Westport House. The House would have been built by local stone masons and labourers from the area – using the limestone from the quarry on the Estate.

Richard Cassels was the architect who built the first phase of the House – the iconic East elevation- in 1730 when the House was just one room deep and the Atlantic Ocean came right up to the exterior walls of the House. During the 1770s, the land behind the House was reclaimed – this process took about 10 years and the main square of the House was extended. The South Wing addition was completed in 1778 by Thomas Ivory which was at the time once considered to be the main entrance to the House. Benjamin Wyatt designed a beautiful double-height Library to go in this space but unfortunately, the library was destroyed by fire in 1826. 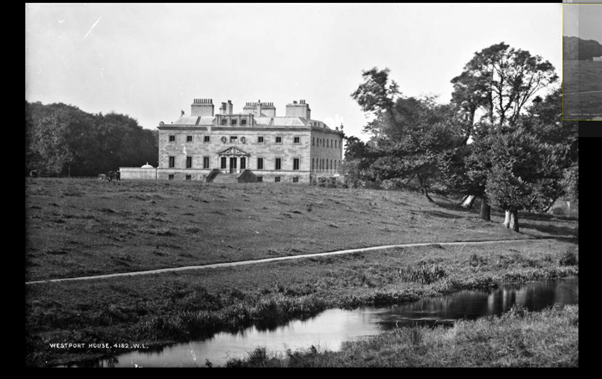 James Wyatt designed some of the interiors of the House, including the spectacular Large Dining room which was completed in 1783 which is based on the Wedgwood design and the stunning ceilings in the Blue master bedroom. It is said he also designed the Long Gallery but his son Benjamin Wyatt, who liked to undo his father’s work is said to have removed the ornate ceiling in the Long Gallery and on seeing this, the 2nd Marchioness, Hester Catherine gave Benjamin his marching orders before he got to work on the remarkable Large Dining room. 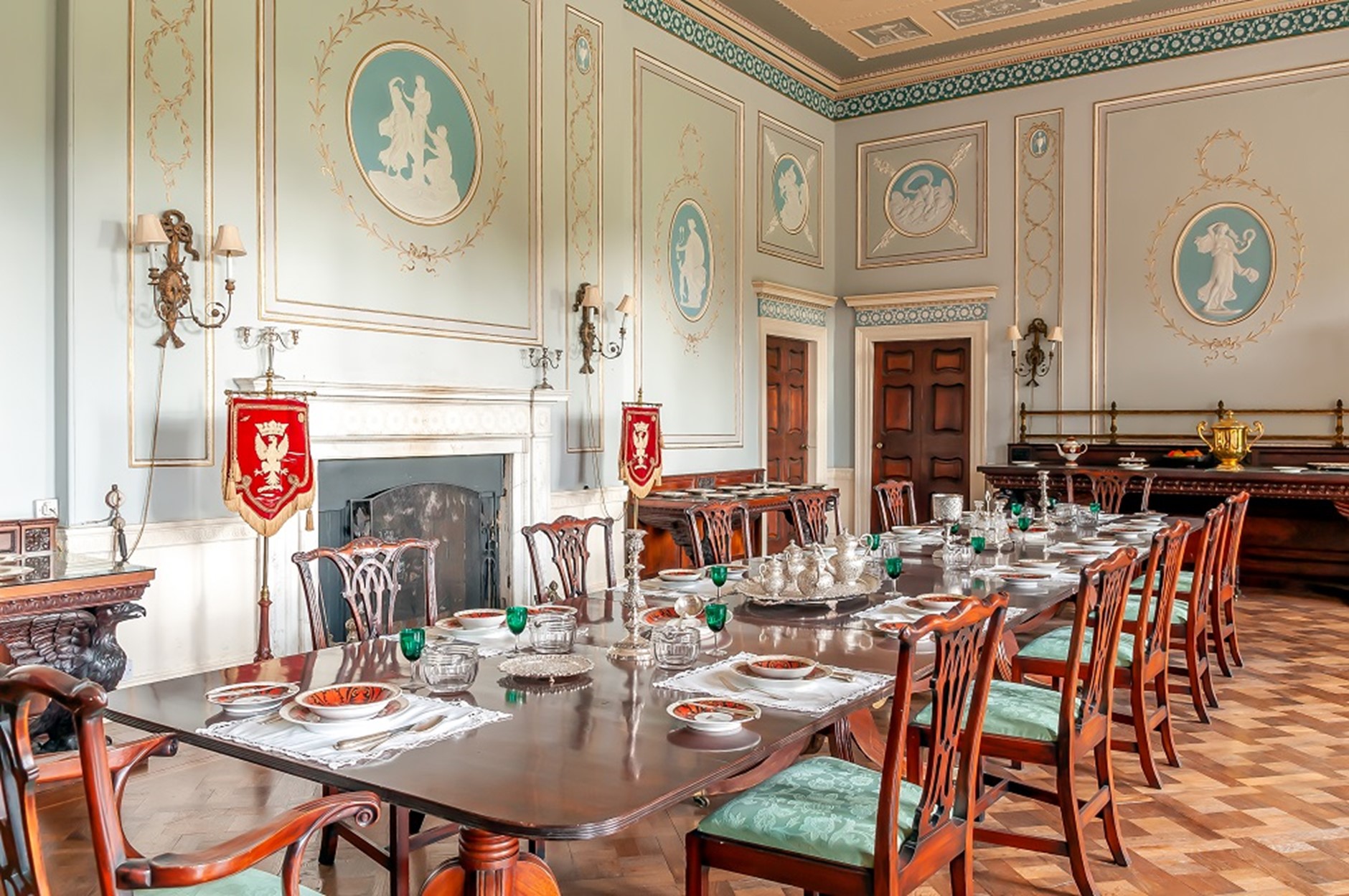 George Wilkinson is the architect responsible for the insertion of the Sicilian marble staircase that greets our visitors as soon as they enter the Main Hall. The cantilevered stairs are an engineering phenomenon that hold their own weight and have been the cause of much wonder and awe since their inclusion into the House interiors in 1858. 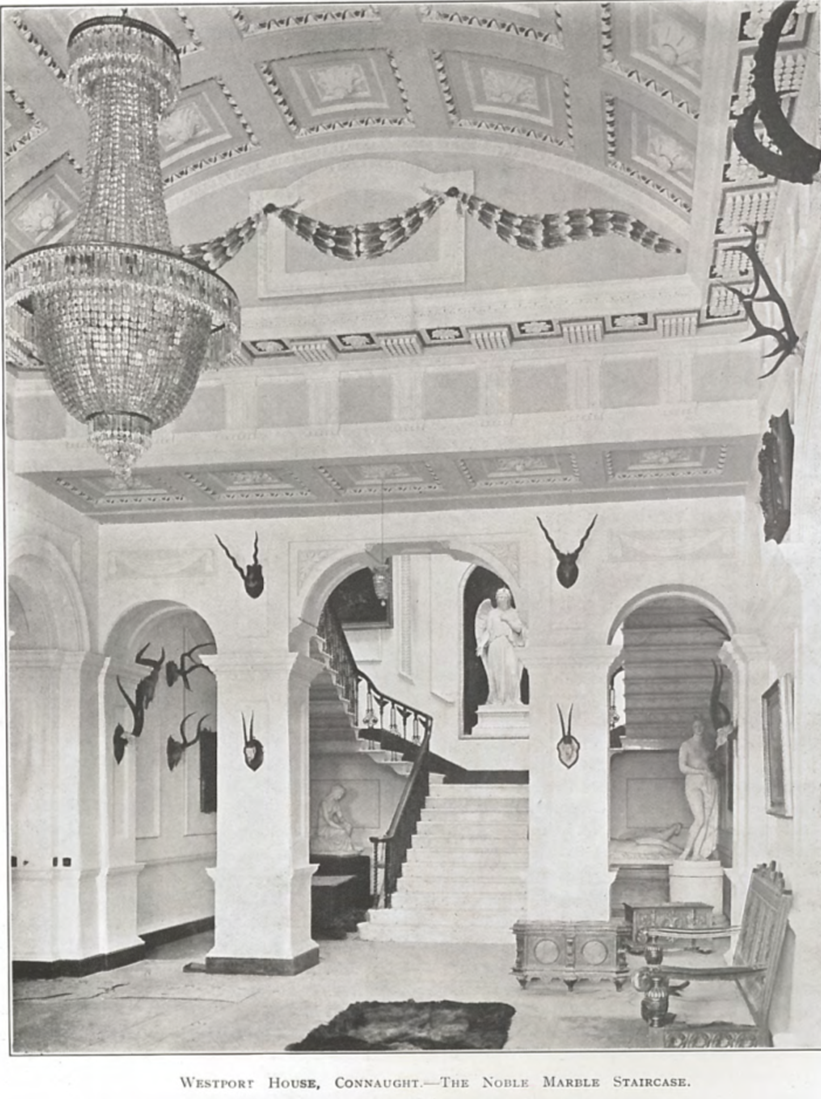 Photo taken from “The Decorator” 1915

William Henry Romaine-Walker is the architect who designed the beautiful terraces at the back of the House in 1914/15 which are currently being restored and being reinstated exactly to their original design. 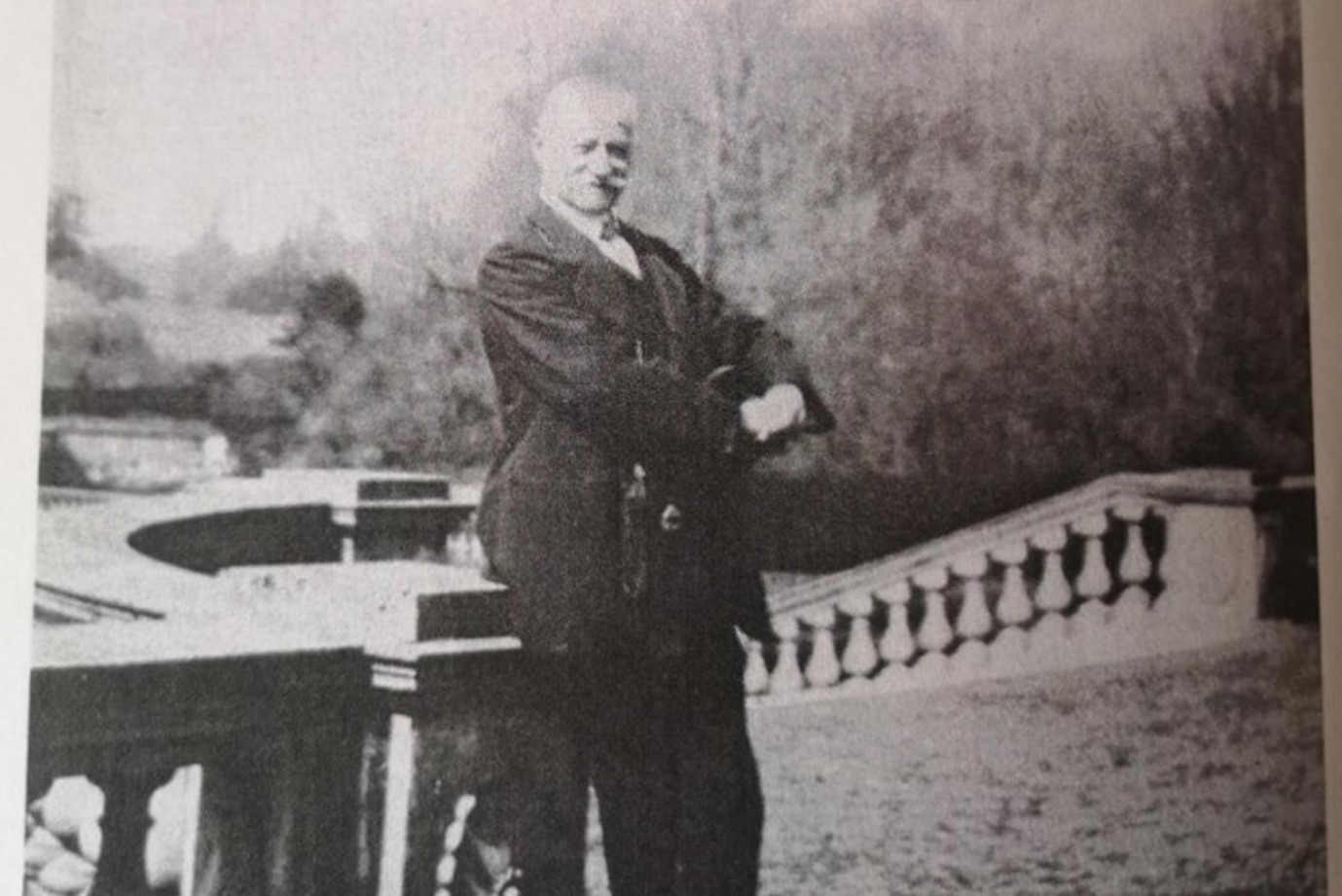 Our current restoration which has taken place over the last year, has taken place mainly on the exterior of the House only – the interior restoration will take place at a later date, allowing the House to dry out and settle before any other work will start. These important restoration works are conserving the magnificent Georgian home for many more generations whilst preserving the Browne family design and influence on the structure and décor on the wonderful Westport House.